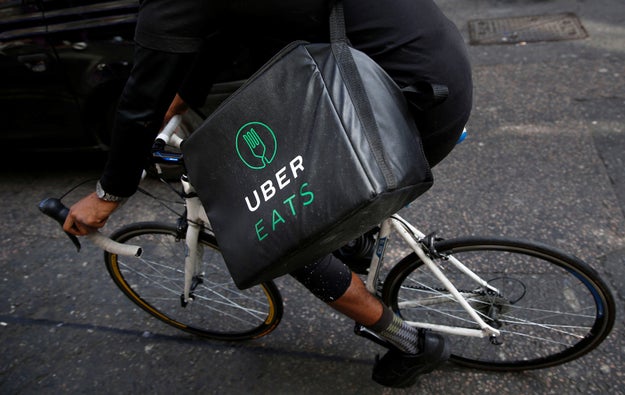 On the steps of New York’s City Hall tomorrow morning, a group bike messengers will launch the New York Messengers Alliance, a first-of-its-kind organization for couriers who work for on-demand apps like Instacart, Postmates, and Uber.

While not a formal union, the alliance aims to build power and solidarity among the labor force that supports the delivery-app economy, its organizers say. They want to use this power to negotiate for better working conditions, and their first priority is worker safety — specifically a demand for company-provided safety gear like helmets, and workers’ compensation when they’re injured on the job.

Of the half dozen workers who attended an organizing meeting for the alliance earlier this month, two wore casts, and a third rolled up his sleeves to show grisly scabs from a recent crash. Sadio Bello, an Uber Rush courier who has worked as a bike messenger for 17 years, rode and made deliveries with a fractured ankle this past summer, he told BuzzFeed News, because he didn’t want to lose money.

Bike messengers working for the on-demand apps are classified as independent contractors, rather than employees, just like Uber drivers. They don’t receive any paid leave or medical cover. 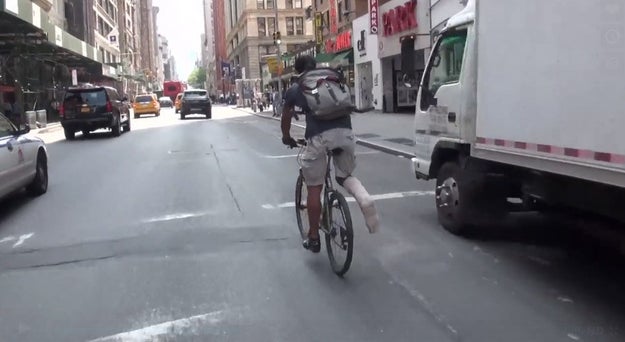 “Never in 20 years have I had a paid vacation,” courier Kurt Boone told BuzzFeed News. After two decades in the field “with nothing to show for it — no pension, no 401(k),” Boone said he sees an opportunity for the next generation of messengers in the alliance.

“Generally most messengers don’t work together. They’re individuals,” he said. “Collectively, I think we can go further.”

While little formal data exists on injury rates for bike messengers, a 2002 Harvard study of the profession in Boston found a rate comparable to that of professional football or the meatpacking industry, noting that “most injuries go unreported and that most couriers do not carry health insurance.”

Messengers say their experiences support those findings, and the danger comes with the territory. But they also insist companies could do more to protect and support them, and take issue with the apps’ unpredictable pay and all-hours work-schedules. It combines, they say, to pressure couriers to do dangerous amounts of work just to earn as much as they used to with more regular schedules and rates.

“Initially, it was a fantastic deal,” said Hannington Día, who delivers for Uber’s Rush service, as well as for other companies. Día said he was initially drawn to the work by the $25 an hour wage Uber advertised. “I saw it as a way where I could live out this utopian fantasy of biking for a living,” he said. “That shattered when they began cutting wages.”

Día and others watched guaranteed pay steadily drop over the past two years for Uber Rush jobs, from $25 an hour to $20 to $15 and lower. When the company changed the delivery rate from $4 for a handoff and $5 per mile to $3 for a handoff and $4 a mile this past November (which meant workers could make as little as $7 per delivery), some couriers began showing up to protests by Uber drivers, who had also been dealing with pay cuts.

“The truth is they’ve been taking too much of the pie and we baked that pie and now we’re getting crumbs of it,” said Día.

Uber says couriers sign up for its service because of its flexibility. “Since couriers can and do use many other apps, we have to work every day to make Uber more rewarding for couriers, and we’re focused on just that, including by listening to feedback and making improvements,” the company told BuzzFeed News.

Instacart declined to comment on the new worker alliance, and Postmates did not respond to a request for comment.

Elsewhere, organizing efforts by workers for these same on-demand companies are already racking up results. Even without the support of the new alliance, independent contractors for Instacart successfully won concessions from the company with the threat of a strike last week. After the contractors planned to “boycott” working for the platform for two days, the company agreed not to change its base pay and tip structure.

And independent contractors for Postmates received a boost from a complaint filed by the National Labor Relations Board against the company in Chicago, in which the board’s lawyers found Postmates couriers are employees, according to The New York Times, which received a copy of the complaint via a Freedom of Information Act request.

The protests also have an international element. In August, London-based couriers on the platform Deliveroo, an Uber Eats competitor, went on strike for seven daysover a proposed new working contract. Deliveroo “subsequently backed down and said the new contract was an optional trial, although anyone who stayed on the old contract had to change to a zone where the new contract has not yet been implemented,” BuzzFeed News reported. 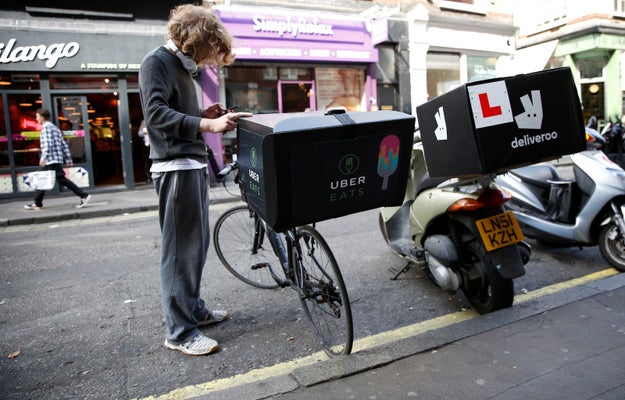 Last week also saw a new ruling related to the employee status of two Uber drivers in New York (which the company is appealing), which found the workers qualify for unemployment benefits. And a bill being considered by the New York City Councilwould mandate on-demand companies like Uber provide safety equipment and training to couriers, despite their status as independent contractors.

The delivery workers in the messengers alliance, most of whom accept jobs from more than one app to make a living, are affiliating with the National Taxi Workers Alliance, an AFL-CIO-member non-profit union of taxi drivers that prides itself on its militancy. (In a flyer publicizing the launch event, the NYTWA calls itself “the only union to take Uber to court on behalf of workers.”) Founded in 1998, the NYTWA represents 19,000 yellow cab, green car, and black car drivers, including Uber and Lyft drivers.

“There are unions out there that don’t want to fight for employee status,” said Bhairavi Desai, executive director with the NYTWA. “They have articulated that position for themselves. To us, it’s clear that the role of the union is not to tactically make concessions to protect the business model, but to uncompromisingly elevate the power of the workers.”